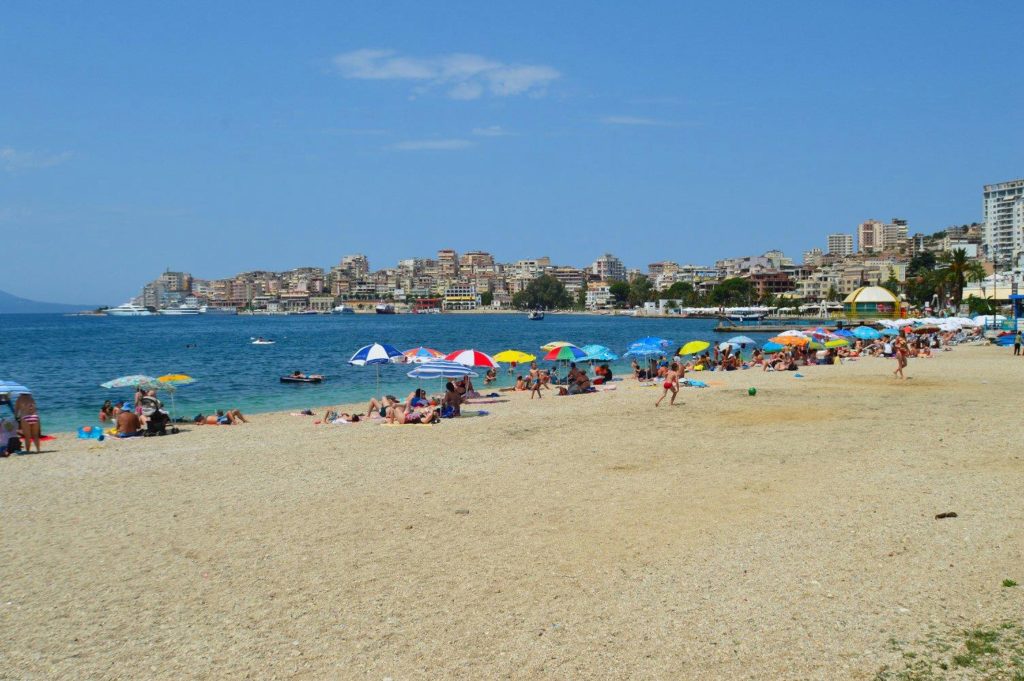 If you’re ever in Corfu, Greece, a day trip to southern Albania shouldn’t be missed!  Saranda is a small town on the Albanian Riviera and tourism is its main source of income.  The town boasts beaches and resort hotels but, more importantly, easy access to a visit to the Blue Eye and the Roman ruins of Butrint.

Getting there was simple enough.  A bus picked me up (and later dropped me off) at my hotel and, depending on the ferry you are on, it’s only a 30-60 minute trip across the Ionian Sea.  Getting through passport control was NOT simple enough!  Patience was required and a sense of humor helped!  Passport control staff and angry travelers provided entertainment with a lot of yelling, waving arms, and even sobbing! 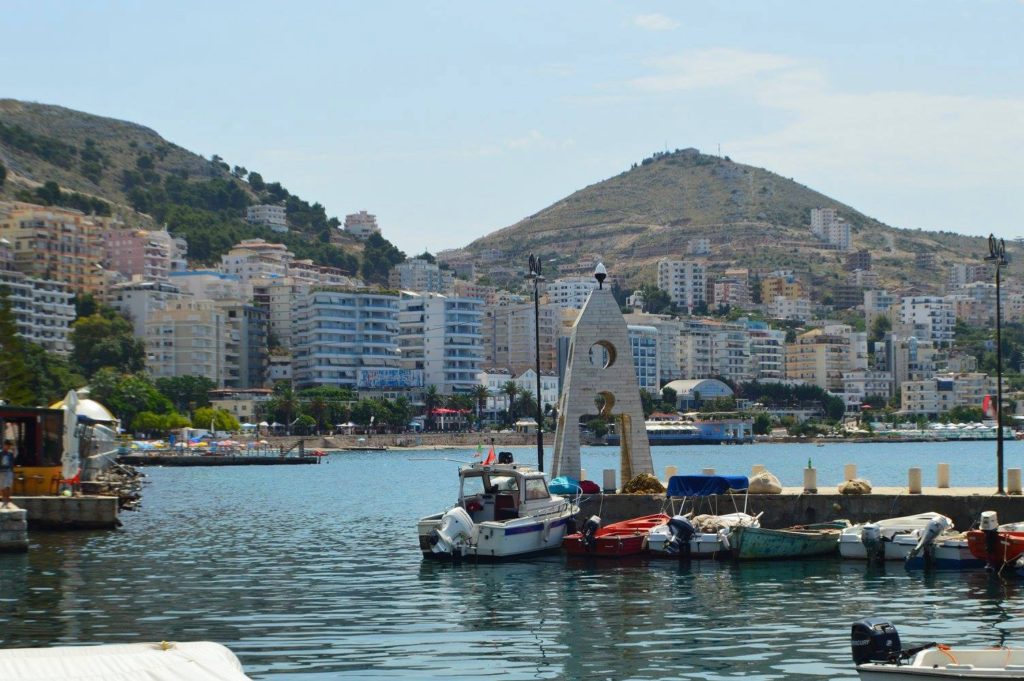 Once in Albania, I walked around Saranda, enjoyed lunch with a sea view, and then I rented a car.  The man I rented the car from offered to go with me to drive since he knew exactly where Blue Eye and Butrint were.  I will never do THAT again!  There were a lot of stops so he could take care of business and, once back at the port, he insisted that I owed him quite a bit more money.  I paid him a little bit more as he did help but then I left him arguing to himself as I ran to just make my return ferry!

The roads getting outside of Saranda were atrocious!!  Giant potholes everywhere.  I did drive on the way back and did a much better job at missing them than the rental guy had!  I honestly don’t understand why the Blue Eye is such a draw.  Sure, the spring is pretty and swirly and it’s supposedly 50 meters deep…well, that’s as far as divers have gotten anyway…but so what?  It’s called the Blue Eye due to the deep blue center surrounded by a light blue giving it the appearance of an eye.  I didn’t see that either! 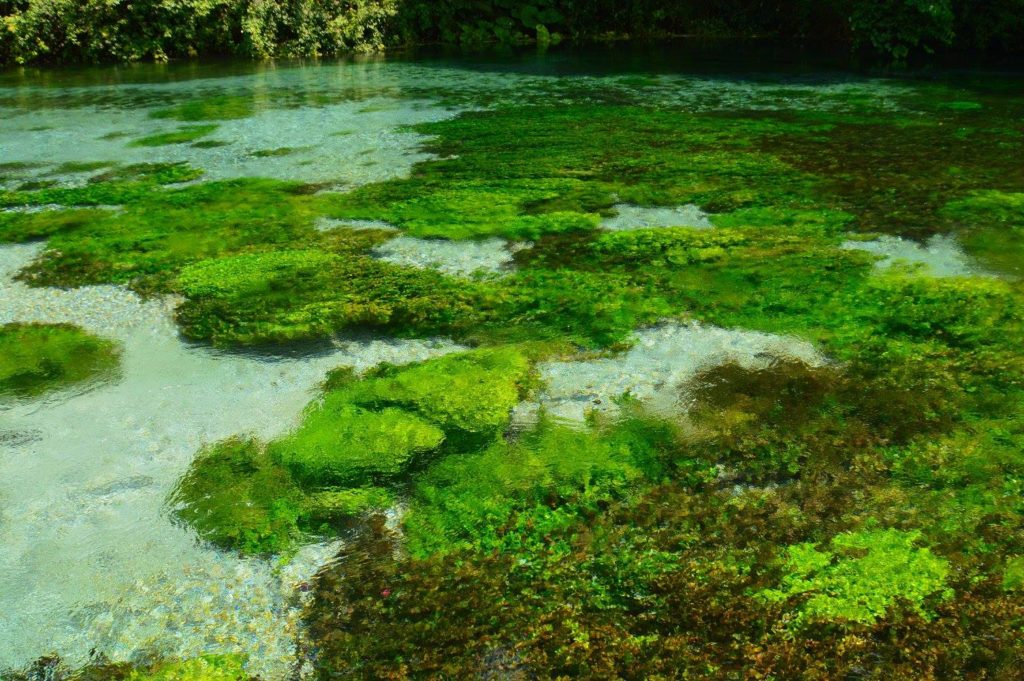 The water itself is extremely cold but swimmers still take advantage of it!  At the entrance, there are cabins and a restaurant so rental guy and I sat to taste the local beer and enjoy the view.  The Bistrica River water is so incredibly clear!  You can see every plant, rock, and fish in it!

Butrint was amazing!  The countryside surrounding it is nothing short of beautiful and the remains of the ancient Roman city are impressive.  I think they need to do something to provide drainage of rain water, though, as I’m sure the standing water in some of the ruins is wearing them away.  Expect to walk a lot but it’s pleasurable thanks to the history soaked surroundings!

The day trip lasts about 10 hours (I had to get up early too!) so I was extremely tired by the end of it.  If you decide to go, I suggest doing a tour bus, the local bus, or rent a car and drive it all by yourself! 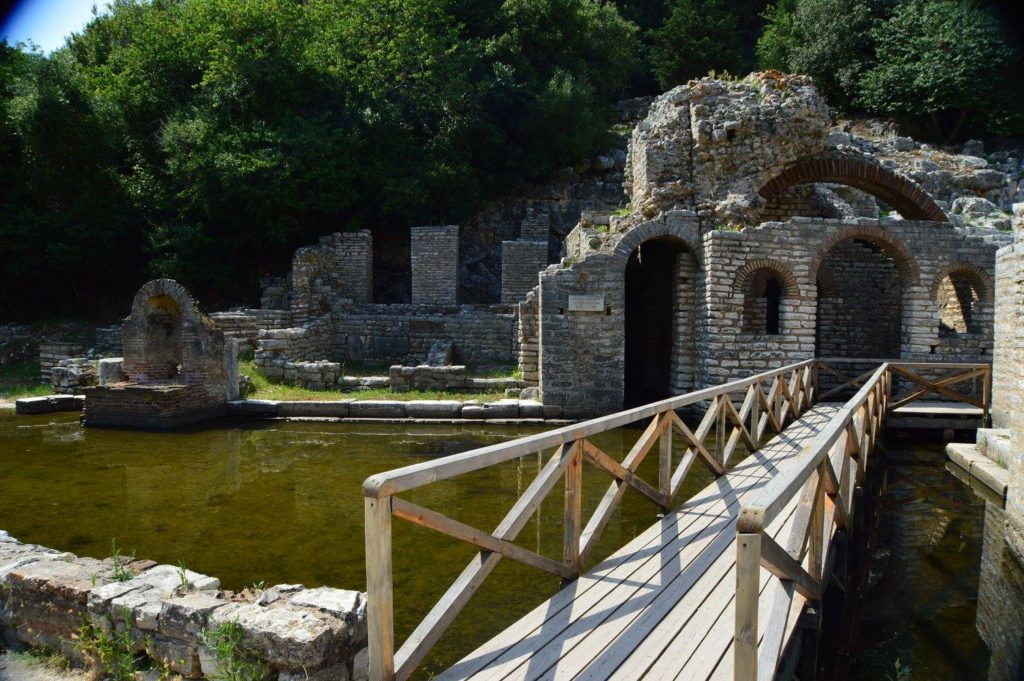 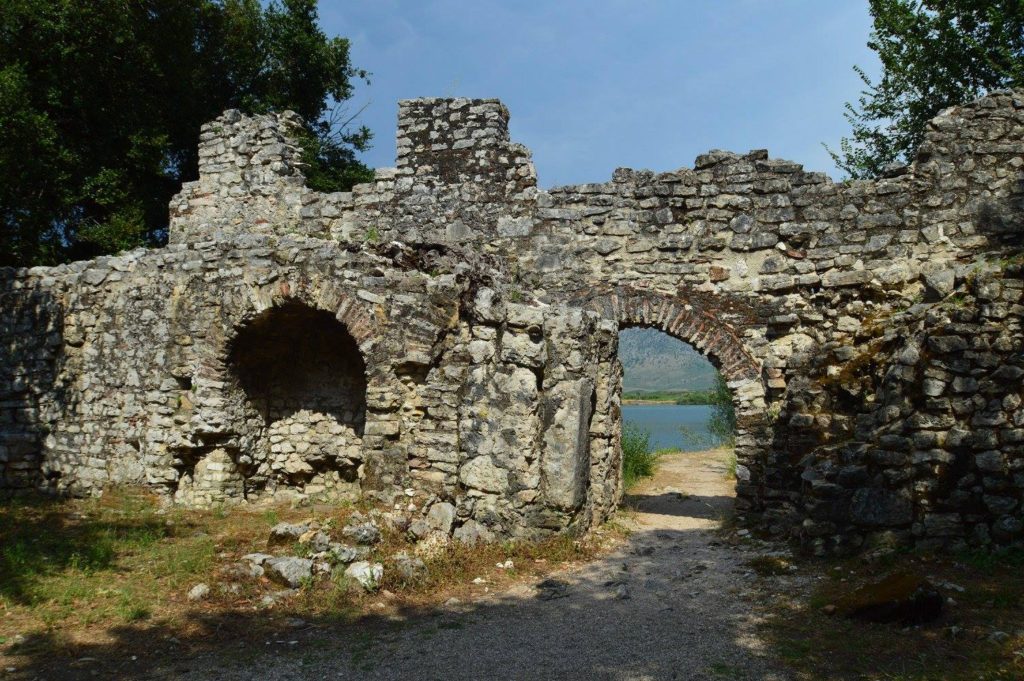 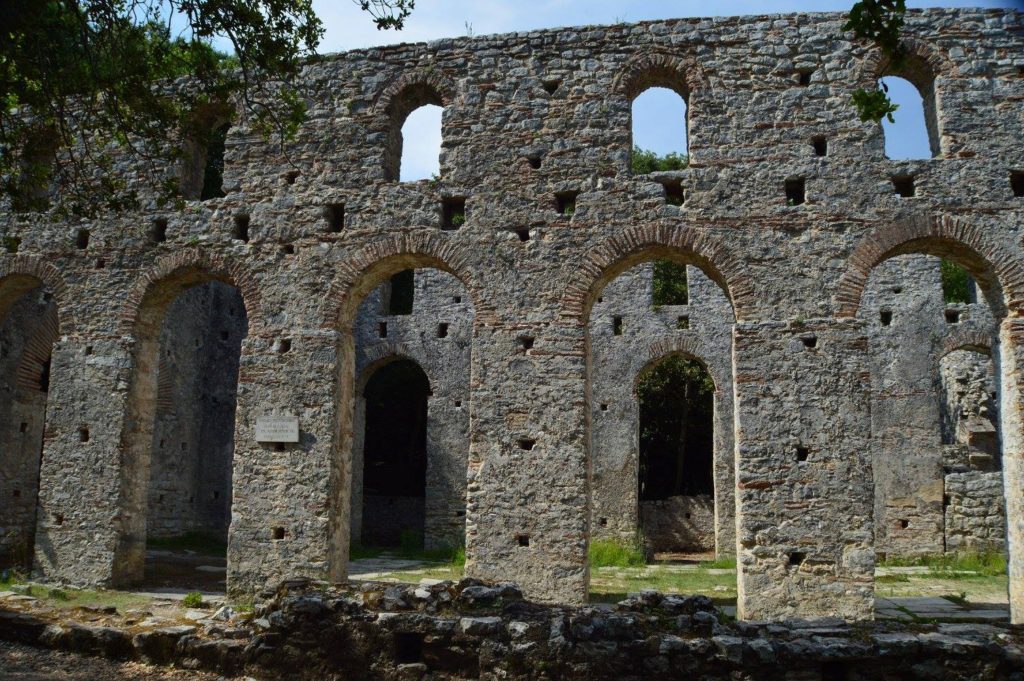 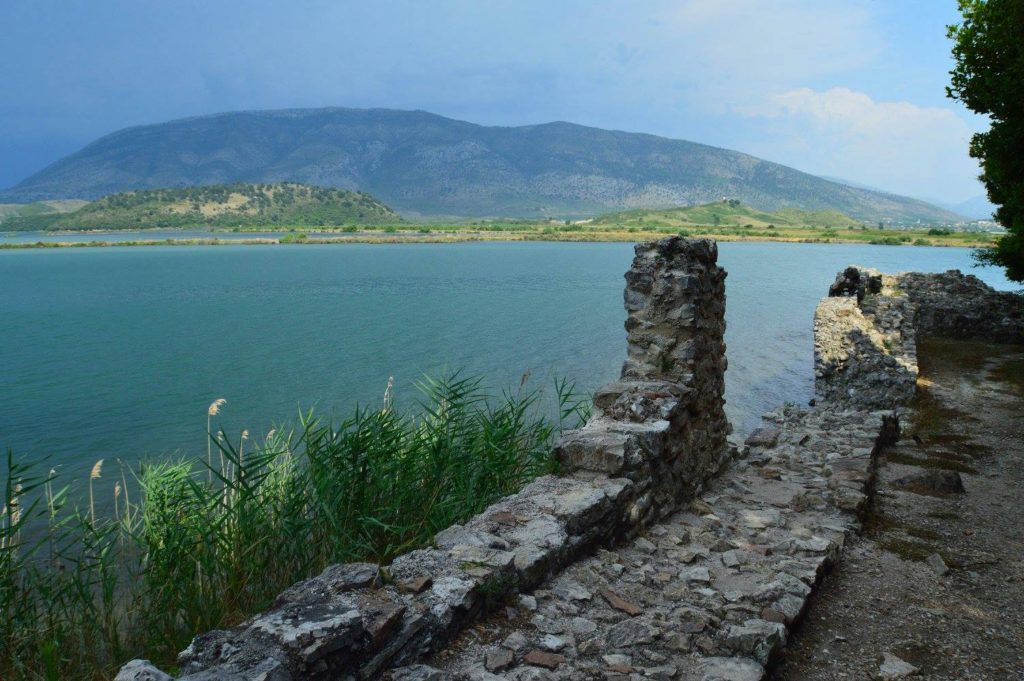 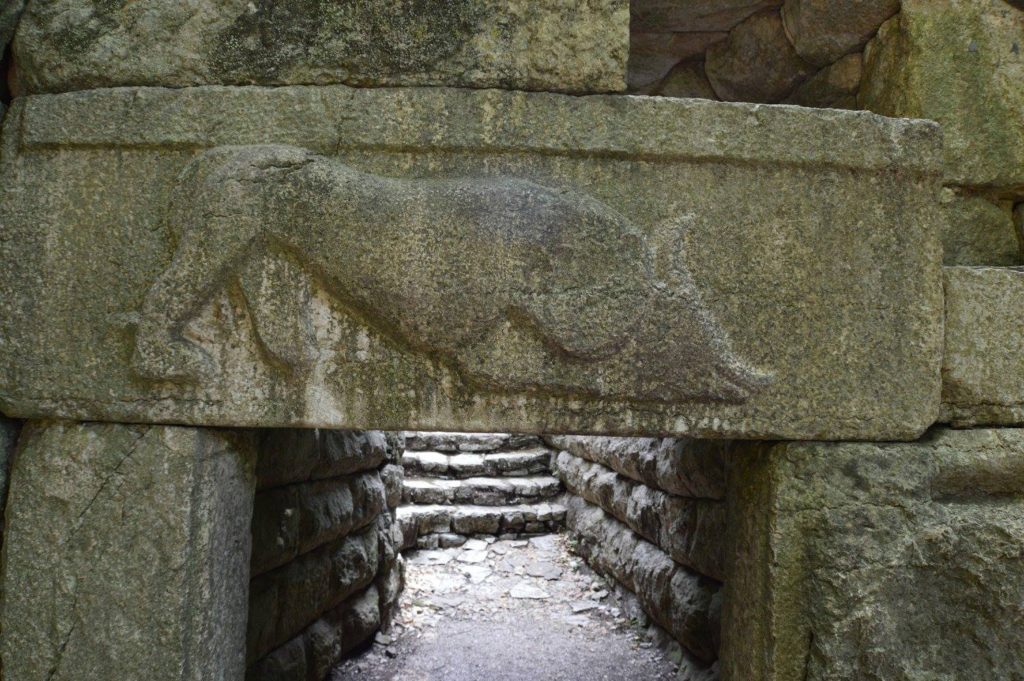 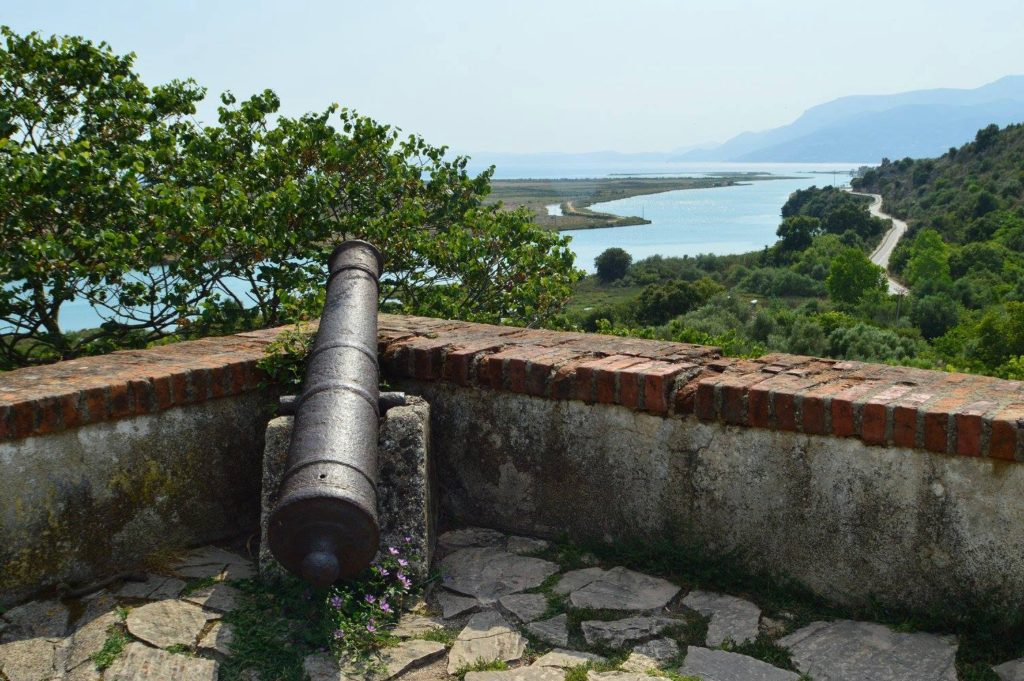 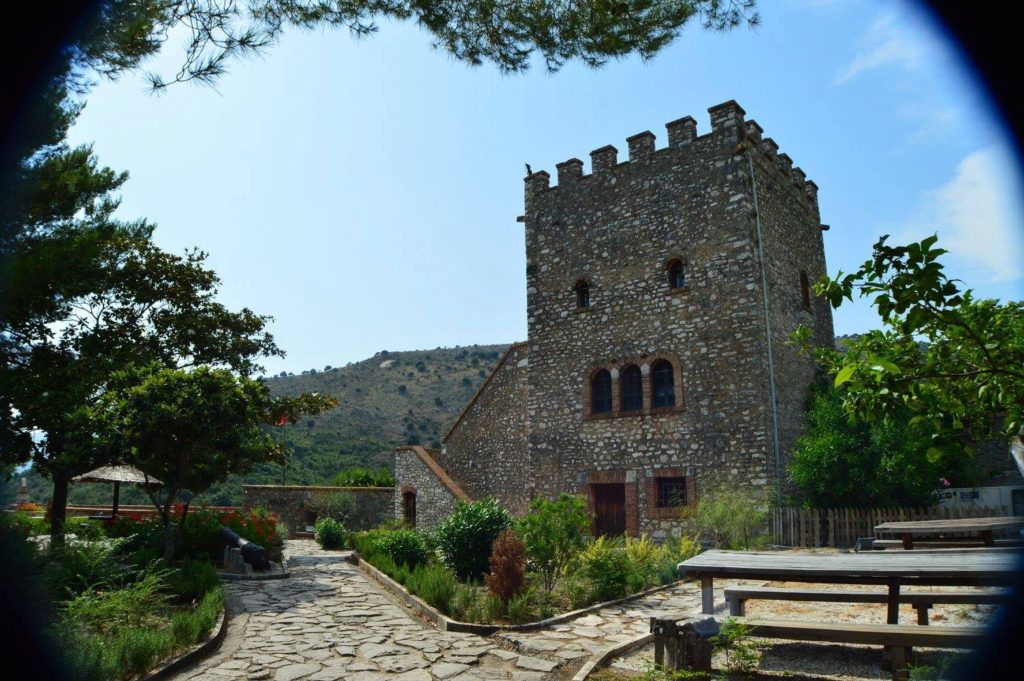 2 thoughts on “A Day In Southern Albania”